Welcome to my stop on the blog tour for Alessandro D’Avenia’s White as Silence, Red as Song!

This is such a cool read–rarely do books get translated from another language to English, so seeing this book go from Italian to English signals that this is definitely a book to pick up, especially after all the comparisons with John Green’s The Fault in Our Stars.

Leo is an ordinary sixteen-year-old. School’s a drag, but when a new history and philosophy teacher arrives, Leo’s finally encouraged to live passionately, and follow his dreams.

Leo now feels like a lion, as his name suggests, but there is still one thing that terrifies him: the color white. White is absence; everything related to deprivation and loss in his life is white. Red, on the other hand, is the color of love, passion and blood; red is the color of Beatrice’s hair. He dreams of a girl named Beatrice, the prettiest in school.

Yet, the ever-dependable and serene Silvia is so much closer to Leo, yet he always misses her. And when Leo discovers that Beatrice has leukemia and that her disease is related to the white that scares him so much, Leo is forced to search within himself, to bleed and to be reborn.

Five Reasons Why You Should Read White as Silence, Red as Song

I talked about this a little earlier in this post, but it’s being translated from Italian to English, which is something that doesn’t happen very often.

If a book is translated to English, it usually signals that it’s wildly popular and a bunch of people loved it, so you can be reassured that this book has been given the okay by bunches of readers around the world.

Plus, you also get info on what life is like for Italian teens and really get a chance to experience novels about people in other countries that English writers don’t usually write about! (Like how there are a bunch of motorbikes in Italy!)

4. It’s been described as The Fault in Our Stars.

White as Silence, Red as Song has a lot of similarities with The Fault in Our Stars in the way that there’s this very deep perceived idea of romance and also a cancer element.

I do have to say the writing style is different and much more personal (which I honestly prefer to Green’s writing) and you really get to be a part of Leo’s mind and understand who he is and where he comes from.

His narration is much more honest than the sort of wandering poeticness of The Fault in Our Stars, so this part is one of the areas I honestly think D’Avenia did better!

3. It shows how powerful colors are.

Leo talk a lot about the colors red and white and how white is a scary thing. I thought it was really interesting to read about this as I never really understood how important something as simple as a color could be to someone.

There’s a subtle subconscious understanding of connotations with colors, but seeing it explored in White as Silence, Red as Song was very interesting, and I definitely recommend if this sort of thing sounds interesting to you!

2. For the love triangle.

I know the moment you read this, you’re all probably thinking about turning back, but don’t go just yet!

I think the love triangle in this book is honestly not as cringey or angsty as some of the other badly executed love triangles you may have read in the past. A lot of it is more like a yearning triangle rather than a love triangle, as Leo and Beatrice are miles apart, despite what Leo may think.

It’s worth it. Trust me.

This is what makes this book worth it–it may not start out with a dreamer, as Leo is honestly kind of an aimless kid, but throughout the novel, he searches for his dream with the help of his philosophy teacher, which I found to be really meaningful.

So many teens feel like their lives lack meaning, and this can be a really inspirational novel to those who feel sort of aimless with life, like Leo did. I mean, really–just how interesting is school for a lot of teens? Leo really help shows this in his coming of age story, and it’s one of the most important parts of this novel. 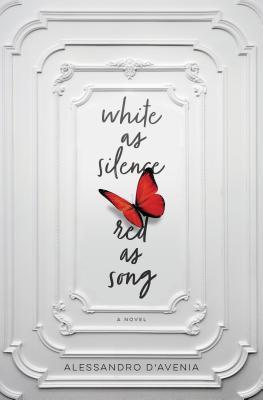 Sixteen-year-old Leo has a way with words, but he doesn’t know it yet. He spends his time texting, polishing soccer maneuvers, and killing time with Niko and Silvia. Until a new teacher arrives and challenges him to give voice to his dreams.

And so Leo is inspired to win over the red-haired beauty Beatrice. She doesn’t know Leo exists, but he’s convinced that his dream will come true. When Leo lands in the hospital and learns that Beatrice has been admitted too, his mission to be there for her will send him on a thrilling but heartbreaking journey. He wants to help her but doesn’t know how—and his dream of love will force him to grow up fast.

Having already sold over a million copies, Alessandro D’Avenia’s debut novel is considered Italy’s The Fault in Our Stars. Now available in English for the first time, this rich, funny, and heartwarming coming-of-age tale asks us to explore the meaning—and the cost—of friendship, and shows us what happens when suffering bursts into the world of teenagers and renders the world of adults speechless. 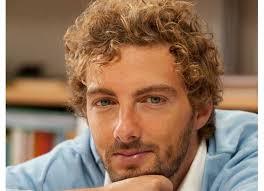 Alessandro D’Avenia holds a PhD in Classical Literature, and teaches Ancient Greek, Latin and Literature at a high school in Milan. White as Silence, Red as Song was his first novel, published in Italy in 2010. It sold a million copies in Italy, has been translated into over twenty languages and was released as a film in 2012. Alessandro has since published four more books, the latest of which, Every Story is a Love Story, was published in October 2017.

Want to try your luck at winning a copy of White as Silence, Red as Song? Enter through the Rafflecopter button below where 1 lucky winner will receive a hardcover copy! (US only) You can also use the buy links to purchase it yourself and guarantee you’ll be able to read!

Thank you so much to Thomas Nelson Books and The Fantastic Flying Book Club for providing me with a digital review copy in exchange for an honest review! Don’t forget to check out the rest of the stops on the blog tour! 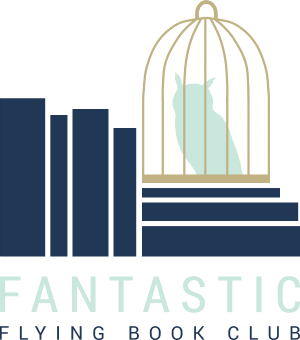 Have you read a translated book before? If so, which one?

10 thoughts on “White as Silence, Red as Song: 5 Reasons Why You Should Read this Italian The Fault in Our Stars (+Giveaway!)”