For this month’s If You Liked, I have some May 2018 reading recommendations for you, based on backlist books that you’ve read & loved!

There have been so many awesome releases this month & it was so hard narrowing it down to just 5 books that I’d recommend, but fear not! The rest are sure to appear, one day or another.

But for now, here are 10 books that I’ve already read & loved, and recommendations that work both ways. Hopefully, everyone will find something new and amazing to fangirl over.

Without further ado, here are this month’s reading recommendations! 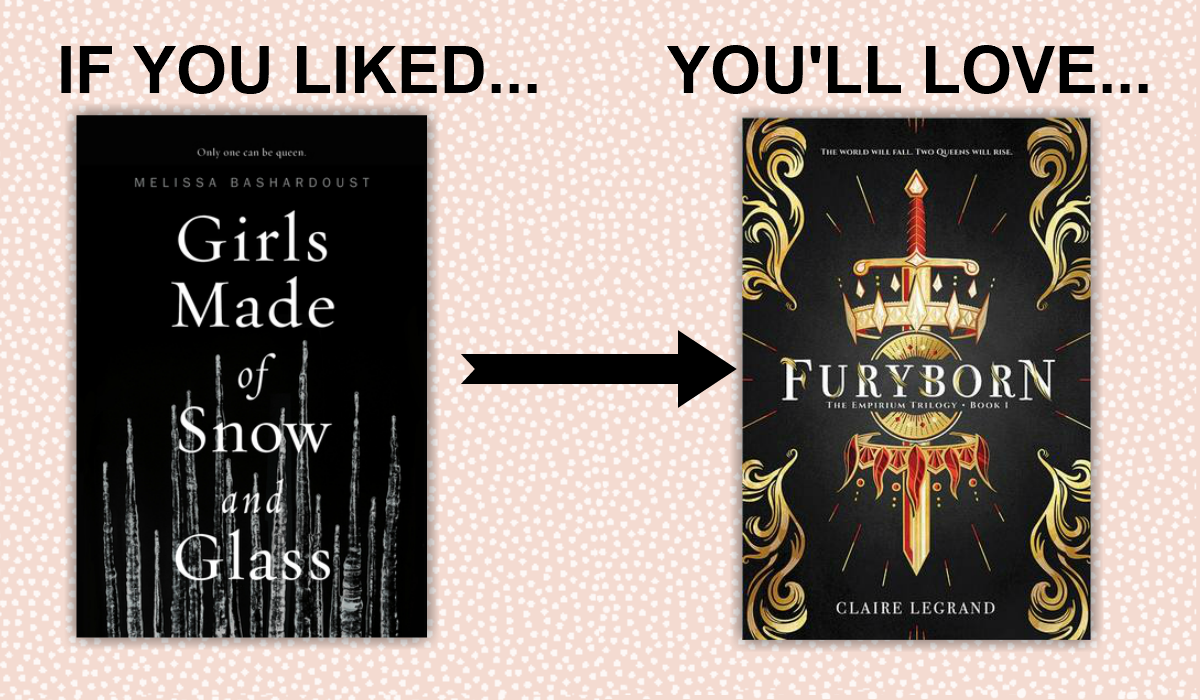 If you liked Girls Made of Snow and Glass, you’ll love Furyborn!

Girls Made of Snow and Glass was such an epic debut from 2017 and I totally loved the dual timelines and magical elements. Similarly, Furyborn also has magic and royalty (more queens!) and a dual timeline, except this time, it’s one that spans centuries rather than decades.

Both have lots of royal intrigue, and also feature LGBTQ+ characters which is really cool. While Girls Made of Snow and Glass may be more specialized in setting, Furyborn ends up being more fierce and passionate and intense (also, considerably longer). I definitely recommend both of these books if you liked the other! 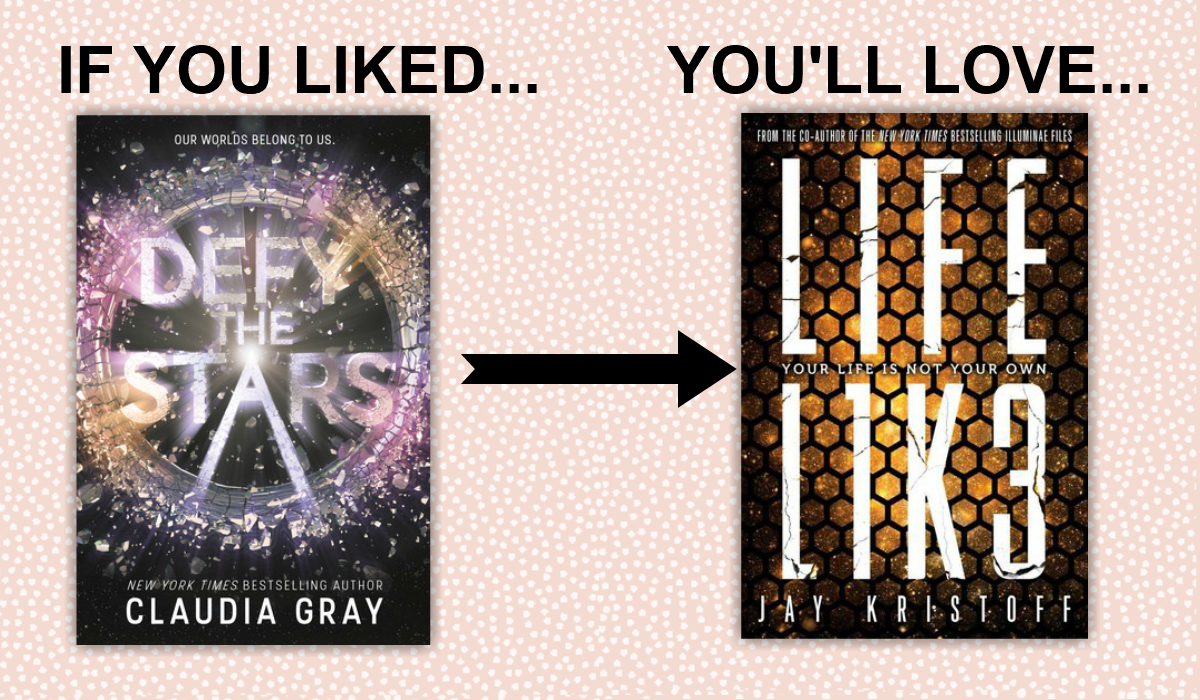 If you liked Defy the Stars, you’ll love LifeL1k3!

Both of these books are thoroughly epic.

I am a huge sci-fi fan, although YA sci-fi lacks some things, in my opinion. We don’t get enough of the weird and the out-there and the uber gritty stuff that adult sci-fi gets. (I personally thing this is because of flawed stereotypes that YA’s audience is mainly girls ∴ they like less gritty sci-fi ∴ we don’t get as much mech-y droid material.)

But I’m glad to say, both these books dive more into the out-there than your typical space opera. I love how each discusses humanity through humanoids & cyborgs & other not-fully-physically-human characters.

Defy the Stars does take place in space, but there’s also mechs which is super badass, while LIFEL1K3 is in a sort of futuristic, gritty Earth where droids & such are common. Both are truly awesome books that I definitely recommend! 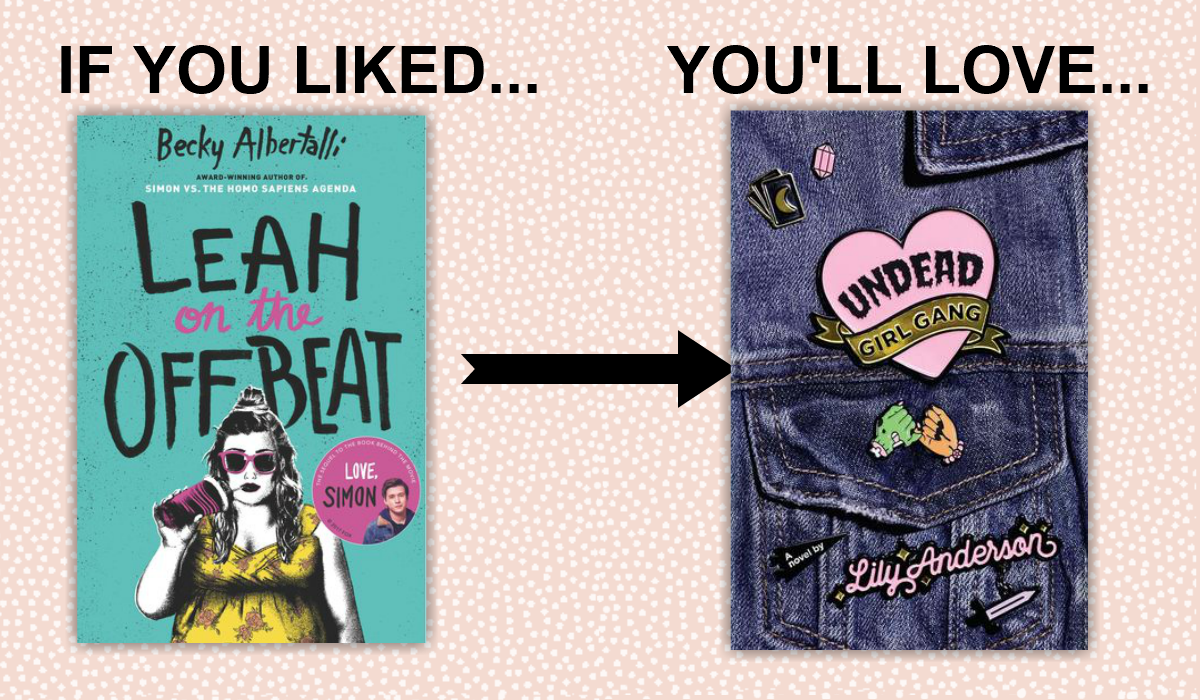 If you liked Leah on the Offbeat, you’ll love Undead Girl Gang!

Honestly, I’m not really sure what prompted me to make this comparison, but I just got the same sort of contemporary vibes from each book.

Besides the similarity of fat-rep, one has people coming alive from the dead while the other distinctly…doesn’t. But either way, I do think these are really awesome novels that have a lot of similar themes in friendship and romance and family.

Undead Girl Gang is great for lovers of Leah on the Offbeat who are looking for something a little more fantastical and a little more out-there. But both are really amazing reads that I definitely recommend! 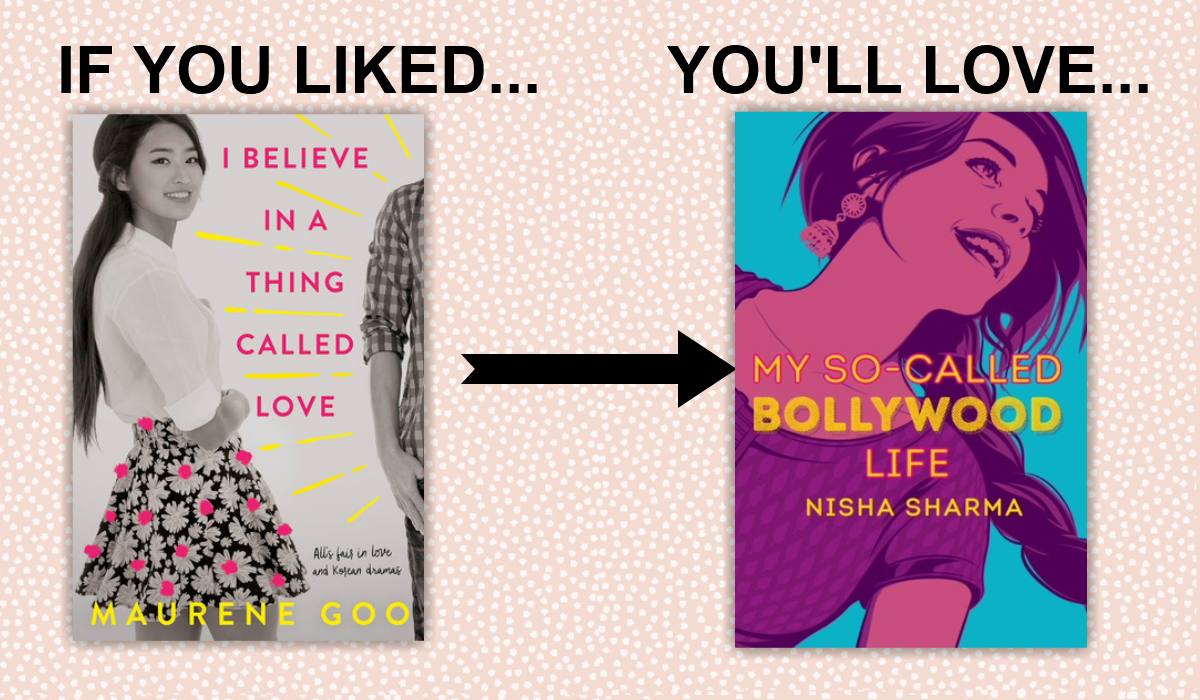 If you liked I Believe in a Thing Called Love, you’ll love My So-Called Bollywood Life!

I have to admit, this should really be a three-way suggestion. It should be I Believe in a Thing Called Love with My So-Called Bollywood Life and From Twinkle, With Love.

Because I finished Twinkle yesterday and it soo fits. I think all three of these books have a lot in common, but still keep their individuality. Each has protagonists who love a certain area of pop culture, whether it’s K-Dramas or Bollywood films & filmmaking, or filmmaking in general. They all have ambitious female leads who get awesome romantic arcs.

These are books for the Asian girls out there who don’t normally see themselves getting a HEA in Western media. I fully applaud all three of these authors for writing something that makes our hearts flutter & that us Asian girls can relate to. Go on, you know you want to check these out. 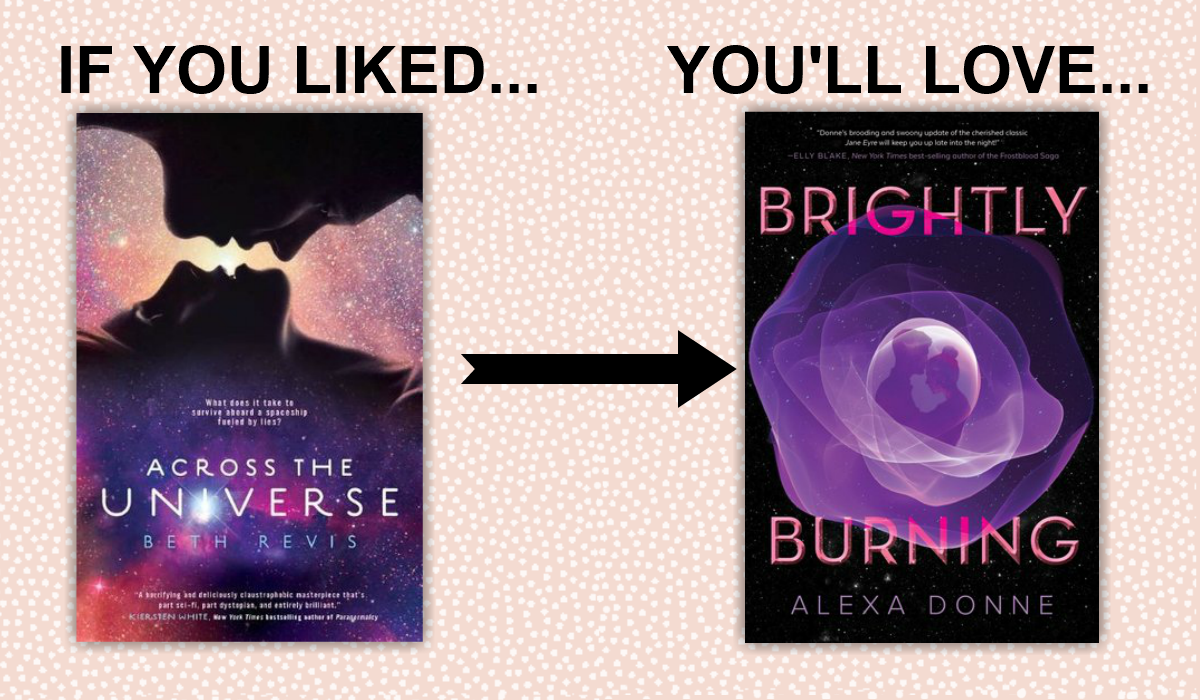 If you liked Across the Universe, you’ll love Brightly Burning!

While at first glance, Across the Universe might be a lot more action-y than Brightly Burning, there’s still a lot these books have in common.

First off, the epic mystery behind them. In Across the Universe, it’s the [redacted] that happens & grows even more intense further in the series. In Brightly Burning, it’s who’s that mysterious woman in the attic–*ahem*, I mean closed off part of the spaceship.

But seriously, even though Brightly Burning isn’t filled with as much blatant conspiracy, there are still a lot of things going on with the fleet that remain unknown…

If you’re looking for books with a dash of romance, a shake of conspiracy, and a whole lot of space, I definitely recommend you check out both of these titles!

Which May releases are you excited for & what would you compare them to?