Have you ever wanted to get out of your own life and just become someone else? Well, that’s kind of what Jo Chastain is doing in Kim Savage’s In Her Skin!

I can’t wait to dive fully into my DRC of this one (I’m a little bit in), but there are so many cool mystery elements to it! If I had to compare it to something, I’d say it’s a lot like Genuine Fraud by E. Lockhart, but darker.

There’s lots of twisty emotional manipulation and I’m really loving it so far! That being said, I’m bringing you a whole post on what advice I think Jo Chastain would give to someone looking to pull of the con she’s trying!

(Also, spoiler: there’s a giveaway of a copy of In Her Skin at the end, if you want to check it out!)

Without further ado, here’s what advice Jo Chastain would give if you were looking to steal someone’s identity!

And what happens when the line between you and the character you play begins to blur?

2. Know what you’re getting into.

Going along with the advice from number 1, knowing what you’re getting into is always great, for two reasons:

3. Always have an escape plan.

This should be common sense, but having an easy out is always a good plan, especially for those cons that can go wrong. You don’t want to be caught in a confrontation, or worse, something that involves the authorities. A quick in and out, maybe a couple of fake identities stashed somewhere safe, is always a good idea for when your con has the potential to go very, very wrong.

Sure, if you wanted, you could go for the big cons right off the bat, but why risk so much? Get a feel for what it’s like for conning people, and maybe get comfortable with a routine.

Though, if you get too cushy with a routine, some people may predict what you’re going to do if you’ve happened to make too big a name for yourself. So always try to spice it up a bit and change your con so people won’t see what’s coming for them. And starting small and working your way up can never hurt.

5. Don’t get too committed.

Whether it’s a cute boy or an adorable girl who could have been your little sister, getting committed can lead to a whole other set of mistakes. It has the potential to let others create harmful emotional attachments as well, with the possibility of the following you to another con and continuing to mess your work up.

Don’t get committed. Just don’t do it.

A dark, suspenseful young adult novel about crime, identity, and two girls with everything to lose.

Fifteen-year-old con artist Jo Chastain takes on her biggest heist yet—impersonating a missing girl. Life on the streets of Boston these past few years hasn’t been easy, and she hopes to cash in on a little safety, some security. She finds her opportunity with the Lovecrafts, a wealthy family tied to the unsolved disappearance of Vivienne Weir, who vanished when she was nine.

When Jo takes on Vivi’s identity and stages the girl’s miraculous return, the Lovecrafts welcome her with open arms. They give her everything she could want: love, money, and proximity to their intoxicating and unpredictable daughter, Temple. But nothing is as it seems in the Lovecraft household—and some secrets refuse to stay buried. When hidden crimes come to the surface and lines of deception begin to blur, Jo must choose to either hold on to an illusion of safety or escape the danger around her before it’s too late. In Her Skin is Kim Savage at her most suspenseful yet. 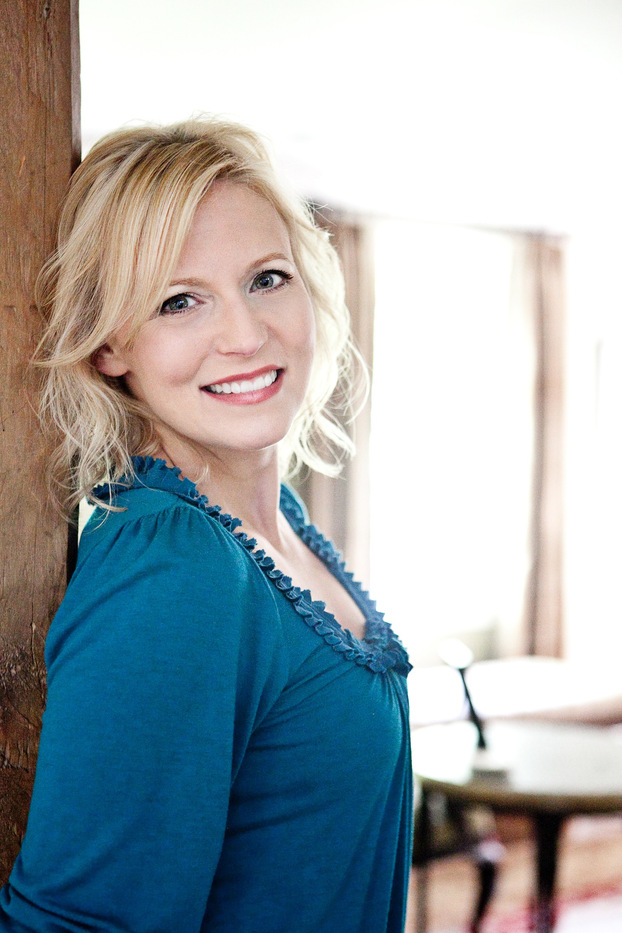 KIM SAVAGE is the author of three critically acclaimed young adult novels, After the Woods, Beautiful Broken Girls (named by Kirkus as one of the 10 Best YA of 2017), and In Her Skin (releasing March 27, 2018), all with Farrar, Straus, Giroux/Macmillan. Her novels have been published in Spain, Brazil, and Turkey, and have been optioned for TV. Kim presents at conferences and book festivals nationwide; has been featured on NPR, Herald Radio, and on local cable stations; and she reads from her novels at bookstores across the country. A former reporter with a Master degree in Journalism from Northeastern University, Kim’s stories are based in and around Boston. She lives with her family near Boston, not far from the real Middlesex Fells Reservation of After the Woods. Kim and her husband have three children, each of whom beg to appear in her books. They shouldn’t.

Can’t wait to read In Her Skin? Check out this giveaway in the Rafflecopter link below to enter for a chance to win a finished copy of In Her Skin (US only)! Or, check out the buy links in the “More About the Book” section if you’re not willing to leave it to luck!

Thank you to Macmillan, Netgalley, and the Fantastic Flying Book Club for providing me with a digital review copy to consult! Don’t forget to check out all the other stops on the tour!

Do you like mystery/thriller novels? How excited are you for In Her Skin?!