Welcome to my stop on the blog tour for Adrianne Finlay’s debut novel, Your One and Only! This is such a fun and capturing science fiction (with hints of romance!) read that I totally loved reading and would definitely recommend you go and preorder! But, if you’re not fully convinced on my word alone, keep on reading!

I’ve got so many fun things planned out for this post, but I think it’s best to give you some insight about what Your One and Only is actually about before we get to the fun parts!

Jack, the main protagonist, is the only human among a sea of clones–grown from old human DNA that was saved after humanity went extinct from the slow plague. The clones run the world in three small colonies now, and despite them “carrying on human existence,” they’ve grown apart from the original humans, “perfecting” their genes and moving away from humanity’s flaws.

While Jack longs for acceptance, Althea-310 struggles with how she feels like she’s different from her sisters. She’s fascinated by Jack–and that sets her apart. As their connection grows stronger, so does the threat to their lives from both the clones and a mysterious outside force.

This book was so enjoyable to read! I sped through it really quickly and almost wish there was more for me to dig into.

Although it may seem like romance-centric, I found that this wasn’t really the focus of the plot–there was so much more happening in the story.

The characters were all very interesting to me–Jack and Althea were very different, but the same underlying theme of “outsider” ran true between them.

Jack obviously strongly feels that all-permeating loneliness of being the only human on Earth, and his isolation from the other clones really helps shape his personality. Although I couldn’t really connect much with him (or any of the characters because of this sci-fi world), I really liked reading about him. He’s got a lot of layers in his character that make him so distinct.

Althea-310 (not to be mixed up with the other Altheas) was also enjoyable to read about. I did, however, find it a little odd that for a clone, she had so much independent thought, even at the beginning. I kind of wished there was a little more internal struggle on her part from going from full-blown clone-iness to more independent. She was still an interesting character as she does deal with the isolation from her sisters and the curiosity that causes her to make possibly unwise decisions.

For Jack and Althea together–I wasn’t the hugest fan. But it’s true that I say that for almost every romance in a YA book I read. The romance worked well as a plot device–spurring action and change–but I didn’t really feel the chemistry between them.

But all the subplots and plot and layers in the story really made up for this. Finlay did such a great job in building the world up–at first it seemed like it’d be a good ol’ dystopian romance, but then things just kept adding up.

I can’t spoil all of them, you’ll have to read them for yourself when Your One and Only comes out on February 6th, but there are a lot of important subplots that build as the story goes on (such as things involving the death of humanity, things involving what’s happening to the clones, things involving that mysterious outside force). There are so many of these little mysteries in the story and it just contributed to making the plot really, really good.

This book was paced super well, and like I said before, I totally sped through it. The ending in the last 50 pages got so intense, but it wasn’t unwarranted as if all the action was happening then. It felt more like a buildup and things just got more and more until it was climax time and things were burning and people were running and there was so much action.

I did hope for a little more discussion on humanity in general and what it means to truly be human, which was something I felt could have been expanded more. Honestly, I felt a lot of this book could have been expanded more, but I think Finlay made a good decision in keeping it to be a standalone because it’d end up being awkward with secondary books that weren’t exactly relevant to the first. There could have been more content to make this a little longer, but there wasn’t enough for a second book, in my opinion.

Overall, I really enjoyed reading this novel! I would definitely recommend for anyone who enjoys romance in unique settings, or for someone who wants to read an interesting dystopian with a lot of layered mystery elements!

Now onto the fun part!

In this dystopian world, there are nine types of clones (plus Jack) and each have different physical characteristics. The council continues to clone each model, and so there’s Althea-310, there’s Althea-294, and on and on. Same with all the other models.

Now, it must be pretty hard to tell who’s who unless they all wear little signs around their necks (spoiler: they don’t). So you better hope you talk to the right Althea, or else someone’s going to get cranky…

Since you now hopefully know a little bit more about the world Jack and Althea-310 live in, I have a challenge for you. I’ve prepared 6 spot the difference photo challenges for you to try to tell between the character & their clone (or the clone and the other clone). Good luck! Leave a comment below if you think you’ve spotted them all 😉

(note that I do not own any of the pictures used & altered below!) 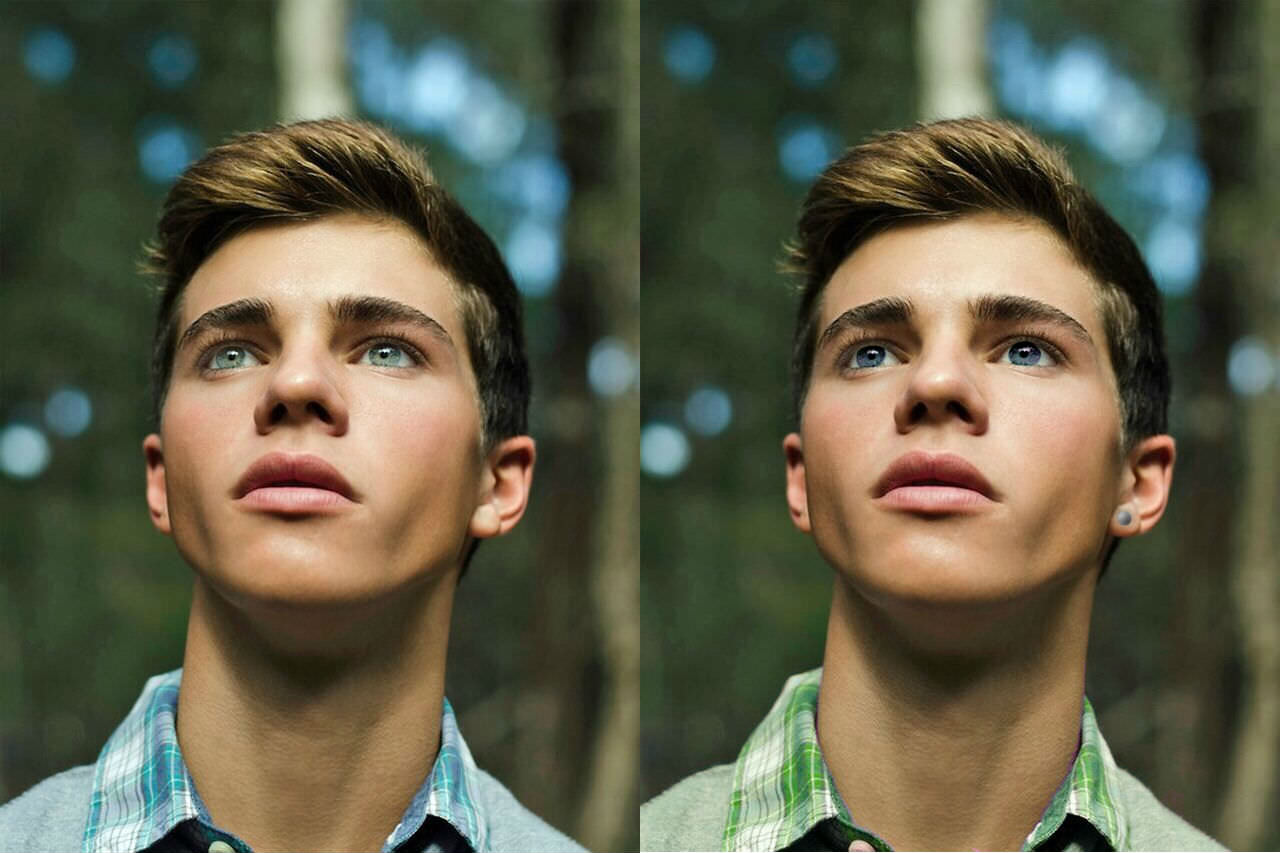 Alright, this is probably the easiest spot the difference photo! There are three things to look out for (hint: two eyes is only one difference).

Jack, our main protagonist, is human and he’s different from the clones. Where the clones have grown slimmer and more delicate, Jack is muscular, something Althea-310 doesn’t fail to notice… 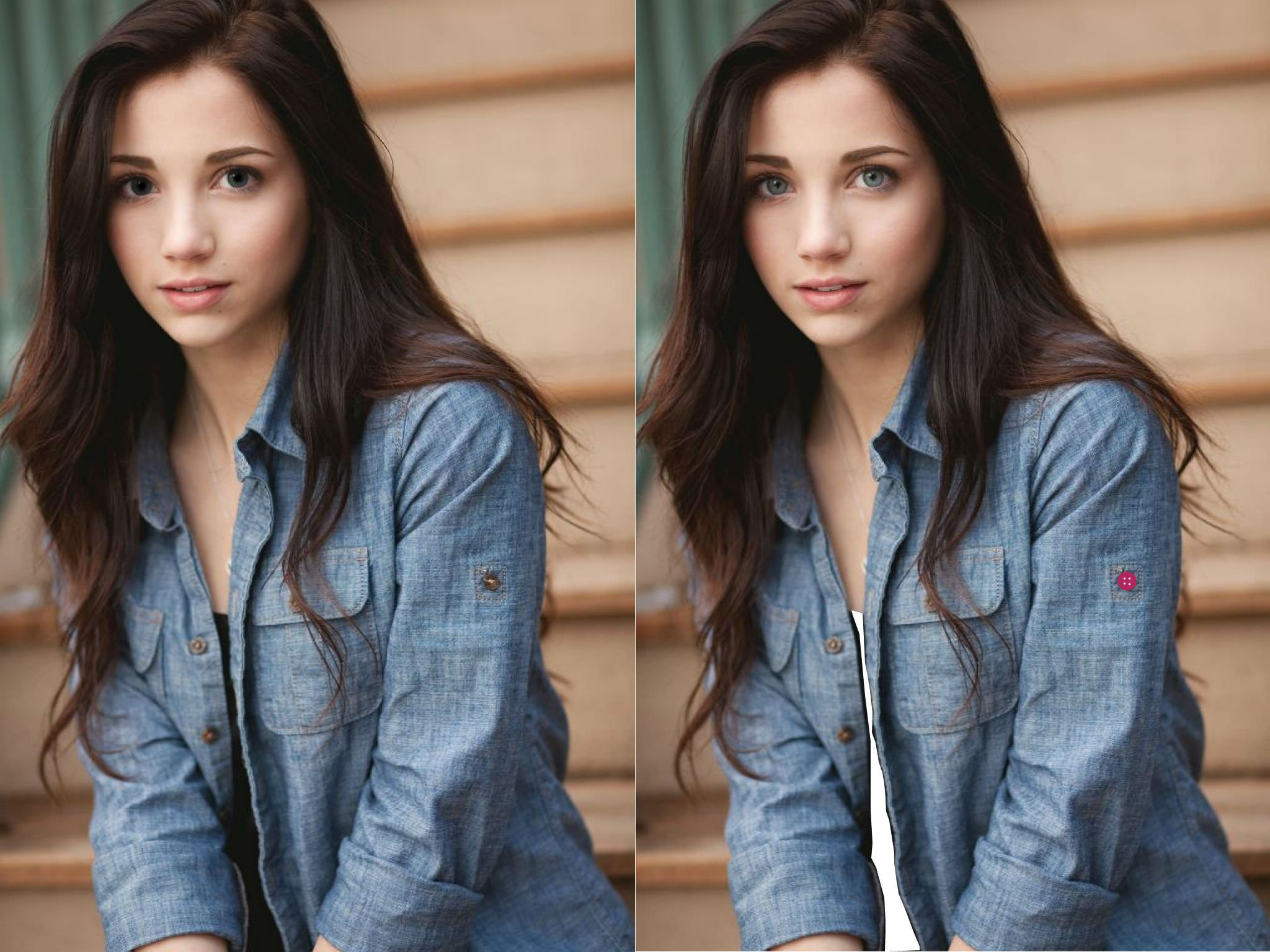 This one is another easy one! Althea-310 and her nine other sisters are all nearly the same, but Althea-310 was born with a defect, causing a scar to surround her wrist (not shown). She wasn’t killed because the council likes numbers of 10, but that doesn’t mean she feels like she fits in perfectly with her sisters. Can you find the three differences? 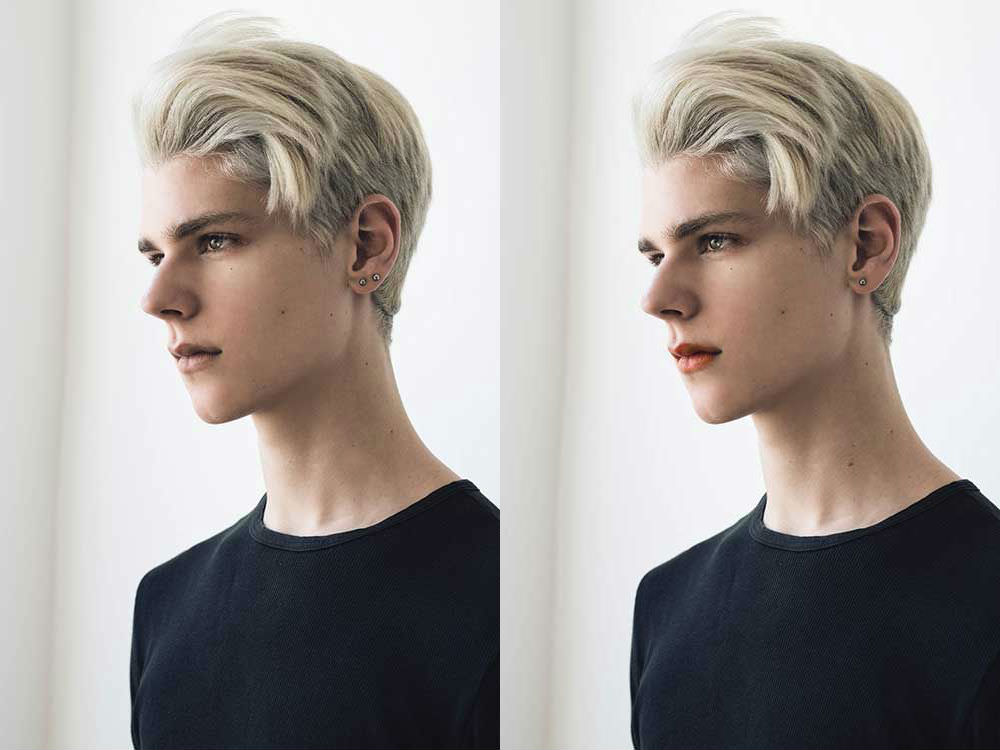 The Carson model are leaders of the other clones. They resemble an average white male who ends up getting plump in the middle during their forties and possess brown eyes, blonde hair, and white skin. They’re very united, even through the different generations and during malicious activities. One of the three differences is very hard to spot–you might have to open it up and zoom in. (hint: look at his moles) 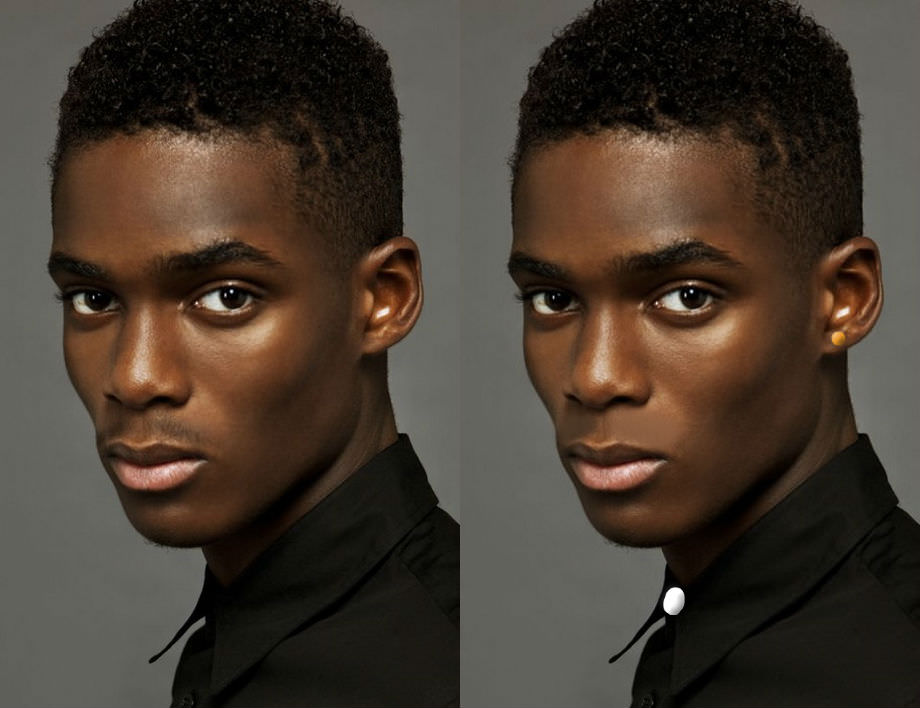 The Samuels are like the Dads of the group, or at least, Sam, Jack’s caretaker, is. The rest of them are your average doctor/researchers, and they’re known for their dark skin, dark eyes, and sharp jawlines. There are three differences, and one is very hard to spot. Good luck! 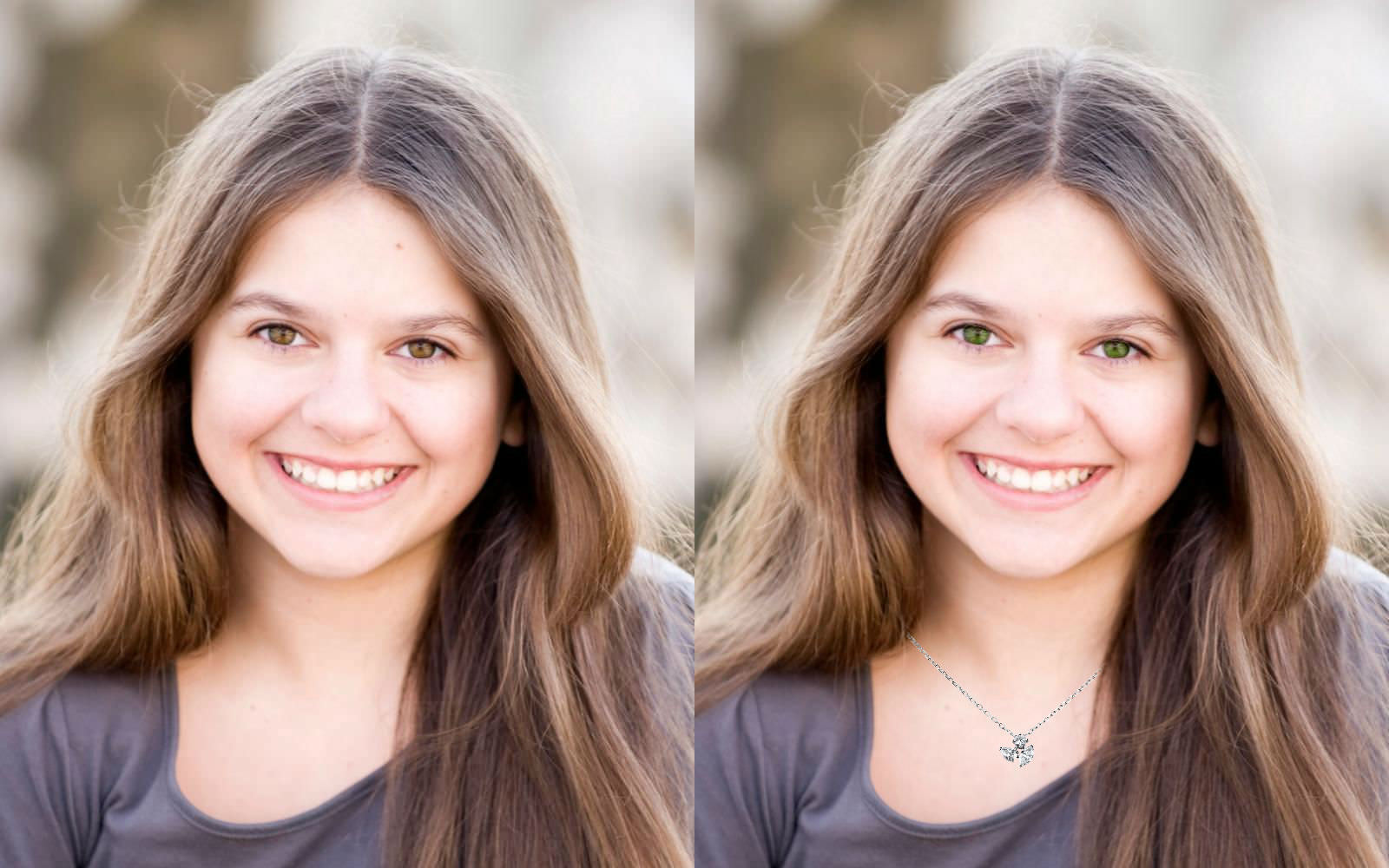 While the Carsons are more accepted as the leaders, the Ingas are known to be wiser. An older Inga was Jack’s caretaker before Sam–at least, until she fractured and her mind deteriorated. They’re one of the taller models and are broad shouldered, brown-eyed, and have light, creamy brown hair. There are three differences, and one has the same hint as the Carson. 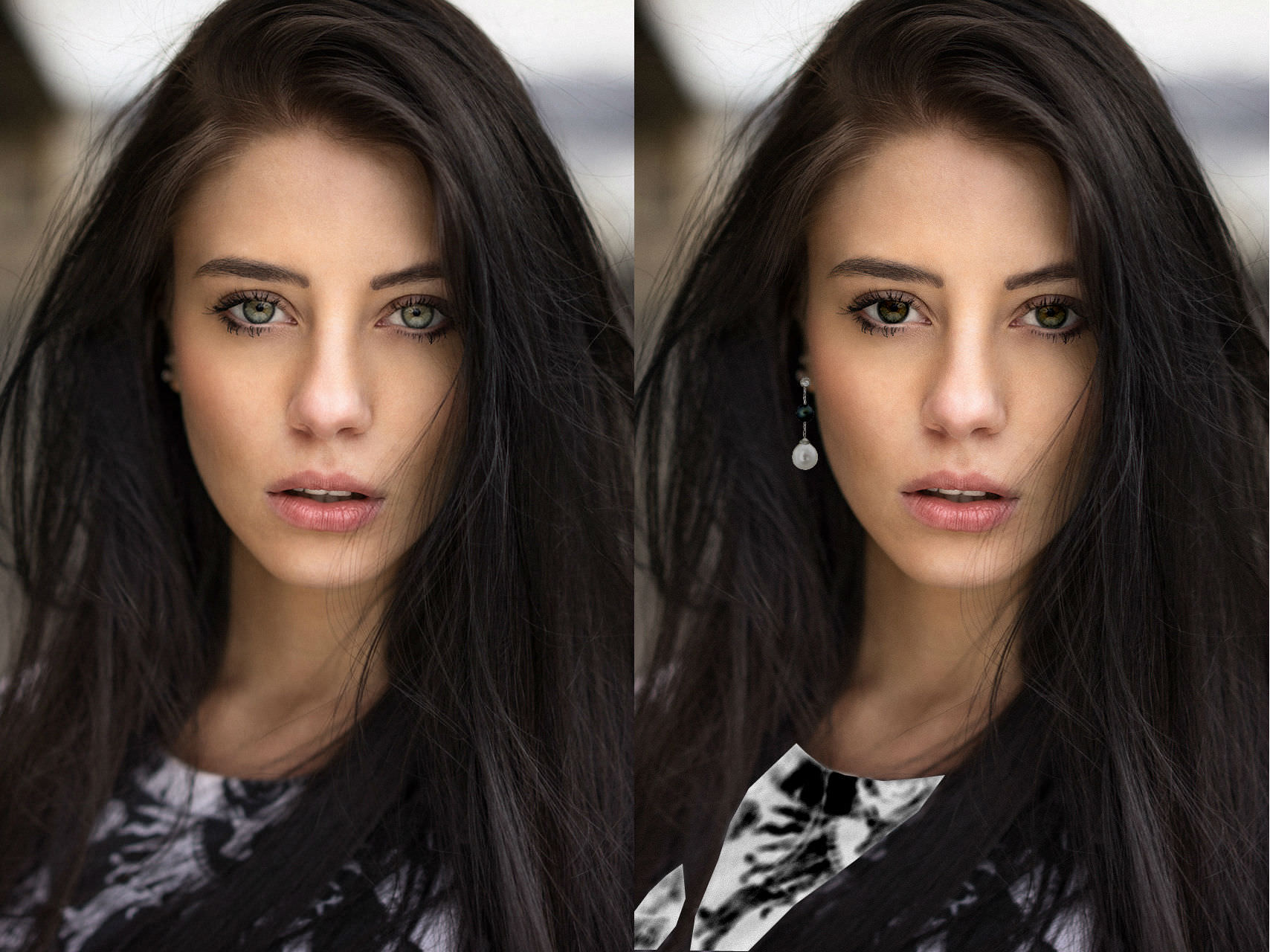 And lastly, the Nylas. They’re known to be humorous and with their dark hair, they’re definitely a favorite during the Choosing. Jack has a complicated relationship with the Nylas, and he definitely won’t be expecting what’s coming for him! Can you spot the three differences?

Your One and Only by Adrianne Finlay
Publisher: HMH Books for Young Readers
Release Date: February 6, 2018
Genre: Young Adult, Fantasy

Jack is a walking fossil. The only human among a sea of clones. It’s been hundreds of years since humanity died off in the slow plague, leaving the clones behind to carry on human existence. Over time they’ve perfected their genes, moving further away from the imperfections of humanity. But if they really are perfect, why did they create Jack?

While Jack longs for acceptance, Althea-310 struggles with the feeling that she’s different from her sisters. Her fascination with Jack doesn’t help. As Althea and Jack’s connection grows stronger, so does the threat to their lives. What will happen if they do the unthinkable and fall in love?

Originally from Ithaca, New York, Adrianne Finlay now lives in Cedar Falls, Iowa with her husband, the poet J. D. Schraffenberger, and their two young daughters. She received her PhD in literature and creative writing from Binghamton University, and is an associate professor of English at Upper Iowa University in Fayette, Iowa.

She is also an avid soap maker, and sells handmade soap locally to raise money for type 1 diabetes research.

Click the button below to be taken to the giveaway for 3 copies of Adrianne Finlay’s Your One and Only (US only)! Good luck (you’ll definitely want to enter)!

Thank you to Netgalley, Houghton Mifflin Harcourt, and the Fantastic Flying Book Club for providing me with a digital review copy in exchange for an honest review & letting me be a part of this blog tour! Don’t forget to check out the other stops!

Reading for the Stars and Moon- Review
The Reading Life- Promo

Wishful Endings- Interview
The Mind of a Book Dragon- Review

Never Too Many To Read- Guest Post
Hauntedbybooks13- Review

Are you excited for Your One and Only, because I sure am! Have you ever read a novel about clones before?

2 thoughts on “Your One and Only by Adrianne Finlay: Spot the Difference, Review, & Giveaway!”