In the Grande Teatro, a finishing ballet school in Italy, Penny and eleven others train to be the finest ballerinas in Italy.

The school is tucked away and almost isolated completely, and it’s the only life Penny’s really known. But this life is more than she thought as flashes of a different life begin to plague her. Penny’s confused and lost, and she begins to question her life under Master Cirillo, turning to kitchen boy Cricket for help.

What she uncovers is far greater than she could have imagined, and Penny needs to escape the confines of the school that plays tricks with her minds and holds her in tight bonds before she loses herself.

When the music stops, the dance begins.

Seventeen-year-old Penny is a lead dancer at the Grande Teatro, a finishing school where she and eleven other young women are training to become the finest ballerinas in Italy. Tucked deep into the woods, the school is overseen by the mysterious and handsome Master who keeps the girls ensconced in the estate – and in the only life Penny has never known.

But when flashes of memories, memories of a life very different from the one she thinks she’s been leading, start to appear, Penny begins to question the Grand Teatro and the motivations of the Master. With a kind and attractive kitchen boy, Cricket, at her side, Penny vows to escape the confines of her school and the strict rules that dictate every step she takes. But at every turn, the Master finds a way to stop her, and Penny must find a way to escape the school and uncover the secrets of her past before it’s too late. 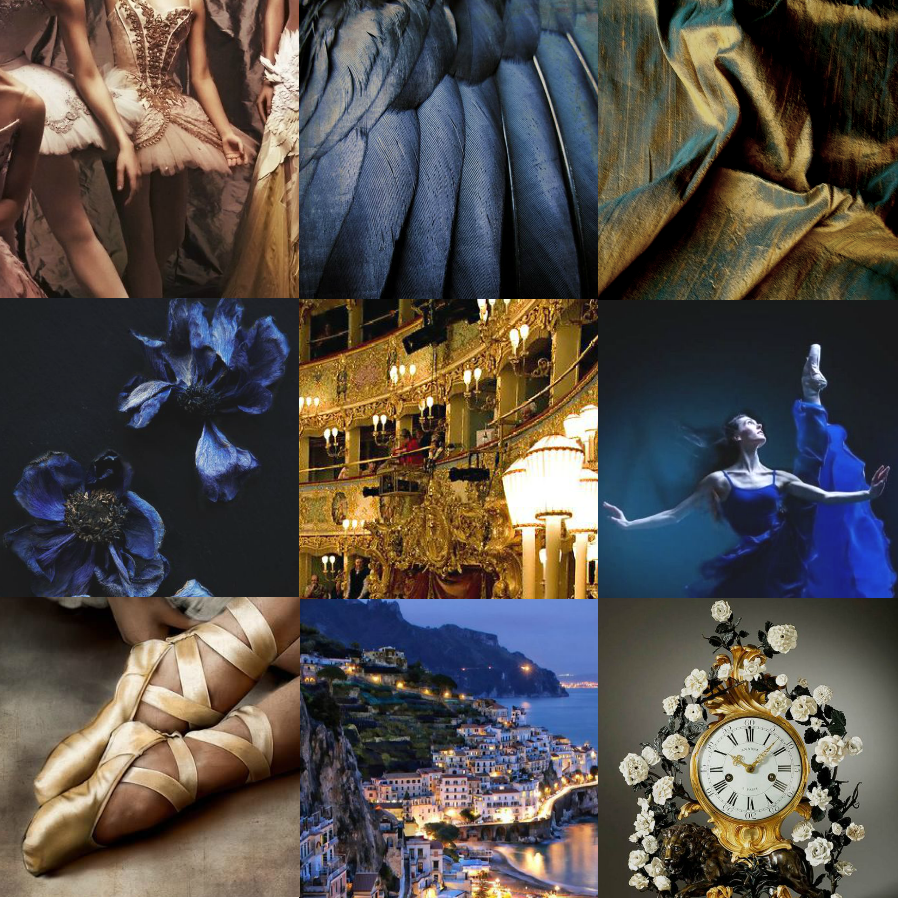 It was unexpected as it was a lot darker than I thought it would be. I really should have known so before I started it, but it’s actually almost a conspiracy-type book.

The narrative is very untrustworthy as it’s from Penny’s limited third person point of view, and as we know, her memories are faulty. Master is tampering with them, and so reality and fiction blend together for Penny.

Likewise, reality and fiction blend together for the reader and it can get somewhat confusing.

Penny seems like a nice girl, but I didn’t really connect well with her because I had no idea who she was. Does she like pink or blue? Polenta or gnocci? Dance or no dance?

Because of all the memory tampering, I couldn’t really connect well with her.

As this confuses her character, it also confuses the plot a little as Penny’s idea of what’s going on differs from what’s actually happen. This made foreshadowing a lot harder for the reader, which meant that when I was reading, it was more “follow along with the plot and see what happens!” rather than “guess what’s going to happen now?”

To emphasize this point better, reading it for me was like watching The Flash, there’s nothing you can really do except wait for the producers to throw another villain at you, rather than watching Bones where you guess who the killer halfway through.

There wasn’t much I could do except wait for Penny to make a discovery and hope she doesn’t mess up. This might seem a little unclear, but it made me feel like I wasn’t standing next to Penny as I read but rather that I was actually reading a book. It’s a lot more detached.

The narrative switches from short events from the past involving Master to events a few decades later involving Penny, and it can be somewhat confusing at first, but not overly so.

The plot was interesting and I thought it was paced nicely (this book is pretty short, shy of 300 pages) for the length. It just fell a little flat for me as it was a lot of Penny trying to figure out what she’s doing.

Her romance with Cricket was kind of a negative for me. I’m still not sure why this is so (there’s an inkling, but I’m not entirely certain why), but Cricket helps her get her memories back with his touch. I found this a little iffy for me, I know this is fiction, but it made me think a lot of those plots where mental illnesses are “fixed through the power of love.” Sorry, but no.

It was a little instalove at times and seemed too close to romanticizing mental illnesses, even if Penny doesn’t actually have a mental illness, just an externalized issue.

After this list of negatives, you’re probably thinking this is some horrible book, but I still enjoyed reading it.

The writing is beautiful while still remaining simplistic and not overly-flowery.

I initially requested this book because of its historical setting and ballet aspect, which was fun to read about. The premise was really cool, and the darkness was fun to read about. It’s just those few blips about the way Katz chose to write the novel and the romance aspect that kind of messed some things up for me.

Untrustworthy narrators are difficult to write, and although I don’t think Katz butchered it, I also don’t think it was done to the fullest extent it could have been.

I would recommend The Midnight Dance to anyone looking for a unique historical novel with dark twists and turns.

You can preorder it now or buy from major booksellers on October 17th!

Are you excited to read The Midnight Dance?