We all judge books by their covers–whether we want to or not.

But sometimes, book covers can be tricky and deceiving–leading us astray from the road often taken.

We see the cover and think one thing, but when we read the book it appears to have duped us. The cover advertises something other than what you’d expect the book to be.

This can be both positive and negative. Sometimes, you’ll find hidden gems in less appealing book covers. Other times, you’ll end up debating whether it’s worth losing that gorgeous cover to rid your bookshelf of a bad piece of literature.

So here are some examples of when I’ve been misled by book covers! Drop a comment below of when you’ve been misled, whether it’s a good or bad thing. 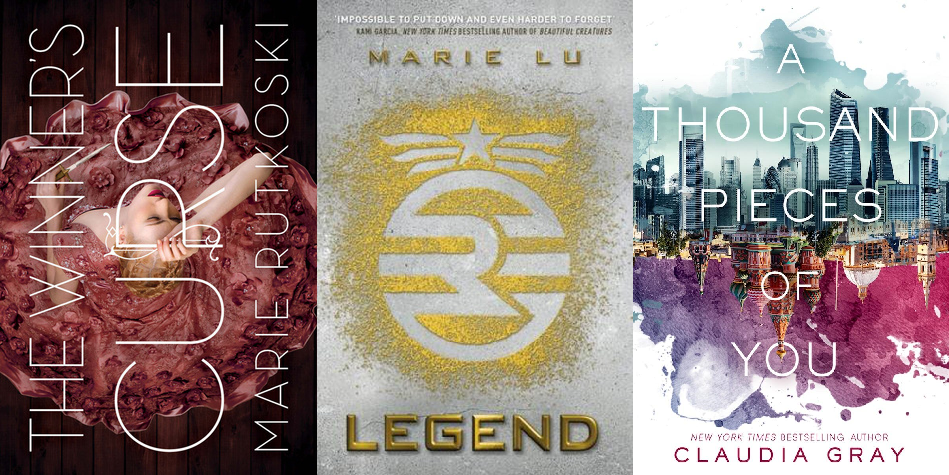 The Winner’s Curse was a book I was not expecting to like. The cover screams aristocratic high society girl with not too many brains, but instead I got extraordinarily intelligent daughter of a general and lots of fun, delicious political conflict to sink my teeth into. Oh how I love some good fictional politics.

Legend was a more ambivalent surprise, but one I interpreted as more positive. I still haven’t finished the novel, but from the cover I got a more “spray-painting rebel” vibe rather than “hardcore dystopian.” Now, dystopian isn’t really my novel style as it’s so extreme, but I’m enjoying it so far, even if it’s defied my expectations.

A Thousand Pieces of You was chosen to read purely on that pretty cover. It looks like something from a contemporary–that watercolor-y style and two cities could have been a painter who traveled to a different country. Instead I got this interesting multi-dimensional science fiction novel (love it when things turn to sci fi). Although I’m at an impasse with the third novel (I’ve tried reading it twice), hopefully I’ll finish the series soon! 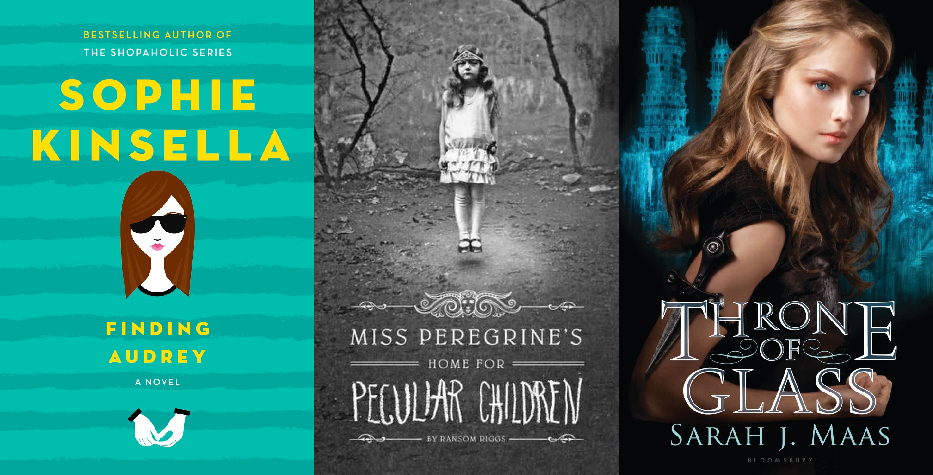 Finding Audrey by Sophie Kinsella was quite a disappointment to me. My mother (a huge Kinsella fan) encouraged me to buy it from the sale pile (I should have known from the get-go) and read it. The premise seemed interesting enough but once I finished the first few pages–gah! The book was not for me. I loved the clean cut vector style of the cover and hoped the insides of this novel would be promising, but the prose made the FMC sound like a fifth grader and wasn’t very enjoyable for me to read. At first, I thought she was much younger than her actual age and it just wasn’t a style I liked reading.

Ms. Peregrine’s Home for Peculiar Children wasn’t a disappointment, per say, but it wasn’t what I expected. I expected more ‘magical children’s home’ rather than all those bad guys that were chasing after them and using rifts to travel from place to place. I didn’t not like it, but I definitely went into the story expecting something a little more lively (children tend to be so).

Throne of Glass‘ original cover is vastly different than the other and from what the story is like. When you look at Celeana on the cover, you think more “princess with a dagger strapped to her arm–look at that clean, luscious hair,” but the book in reality is more “deadly assassin just came from grungy prison camp–smell my stench!” That’s a very un-Celeana like image because I don’t see her looking so…clean. It’s quite misleading and the new covers suit it better (despite how ehh they look).

What do you think of my choices? There are definitely a lot more that are misleading–The Hearts You Sold was really scary to get into (I’m a complete wimp, even paranormal gets a little freaky for me) but I loved the sci-fi twist on it.